I recently re-uploaded my 2003 short film The Last Goodbye (Der Abschied) in a slightly better quality to Youtube. The film was shot on Super 16mm film and was scanned in SD to DigiBeta tapes. So I did an SD-to-720p upres using Apple Compressor. You can watch the film below with English subtitles (activate the CC option at the bottom of the video). Read on for some details on the shooting of this film which I directed, wrote and produced.

The Last Goodbye tells the story of eleven year old Lukas who has to bid farewell to his dying grandfather. 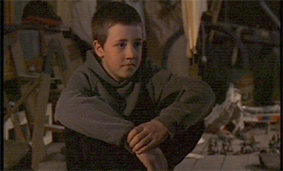 The 20 minute short film was shot in seven days on two different locations in Berlin. For the first five days I rented an old house to shoot all the scenes inside and in front of the grandfather’s house. Even though that location was fully furnished and perfect for most of the scenes (only a few things were added like the grandfather clock and the hospital bed), it didn’t have an attic. So for the last two days we filmed in the attic of a different house at the other side of the city.

One of the larger challenges on this film was the fact that the two main characters were kids with no acting experience. I started rehearsing with both of them a couple 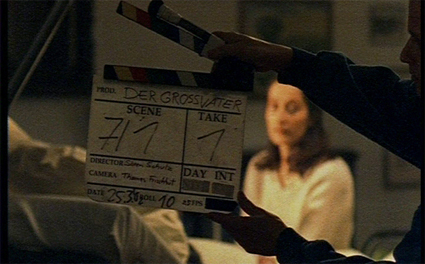 of weeks before filming commenced. After each rehearsal session I  rewrote some of their lines to make it sound more natural for them.

Working with young actors also means that you can only shoot with them for a limited amount of time each day. We always tried to get all of the coverage on the kids first and then shoot the rest of the scene without them. On one occasion, when Lukas is listening to his mum and aunt talking about the dying grandfather, I had to shoot all of Lukas’ reaction shots first without having blocked the entire scene. I gave him several marks in the set to look at and talked him through different emotions and reactions while the camera was rolling. Once we got his reactions, he could go home and we started shooting the dialogue between his mom and aunt without him.

I storyboarded the whole film in advance which gave me more time on set to work with the actors. Here are some of my crudely drawn storyboards (more at the bottom of the article). 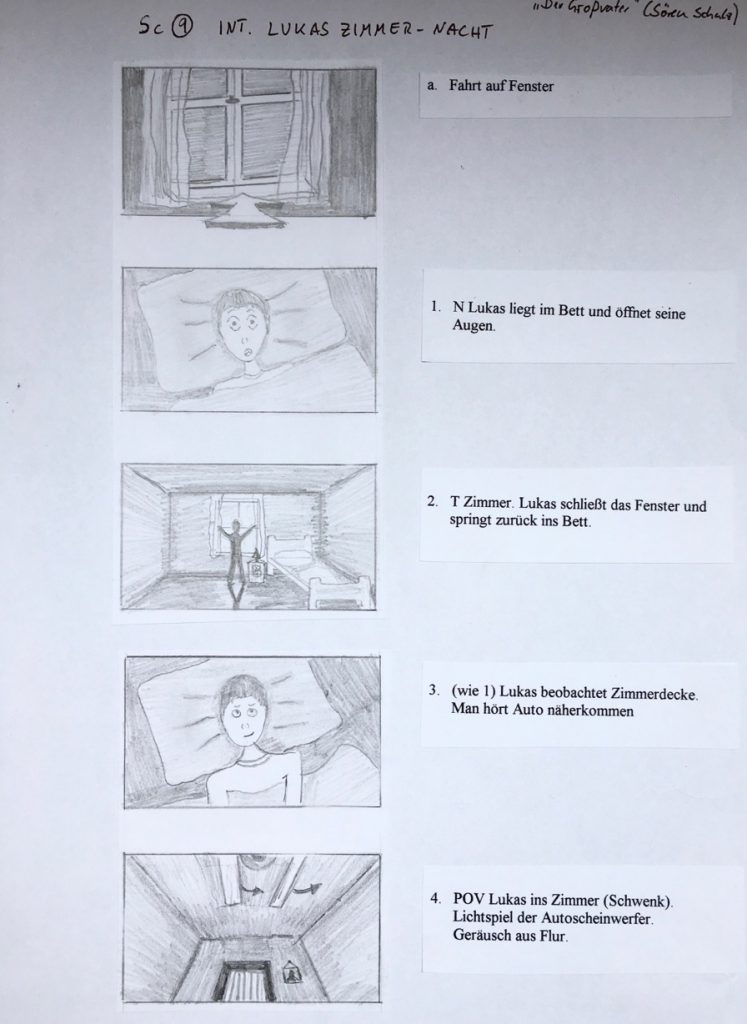 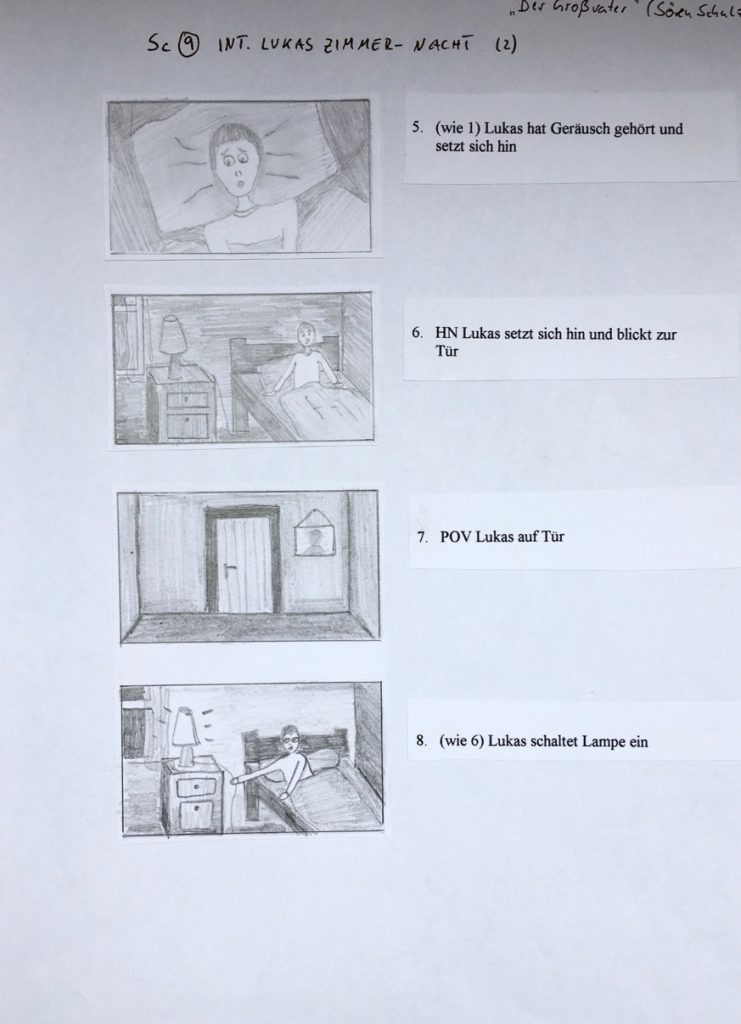 To achieve a more cinematic look, my cinematographer Thomas Frischhut and I decided to shoot on Super 16mm instead of video (2003 was before DSLR video or the Red One). We managed to rent an Arri SR2 plus some gear for very little money. For tracking shots we utilized a dolly and a Steadicam. 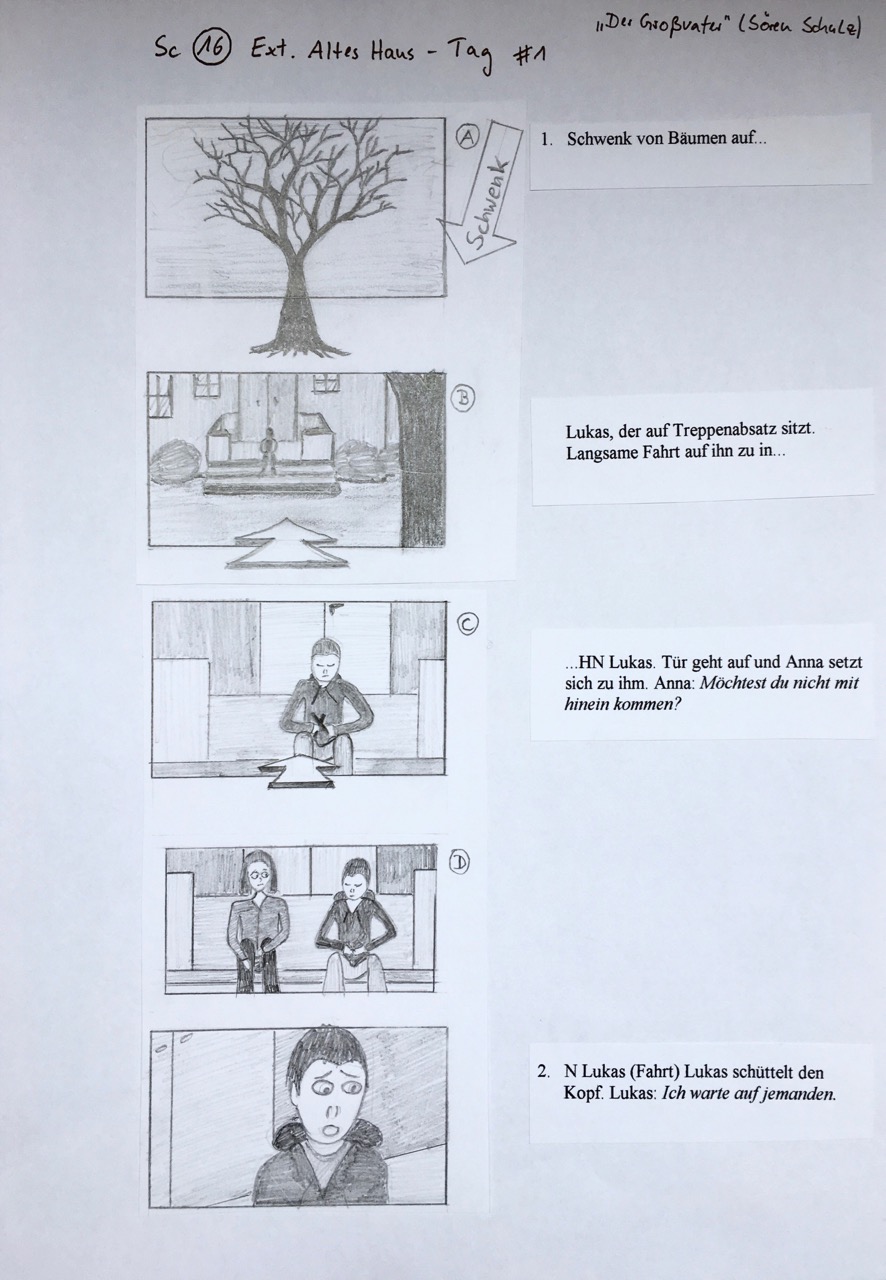 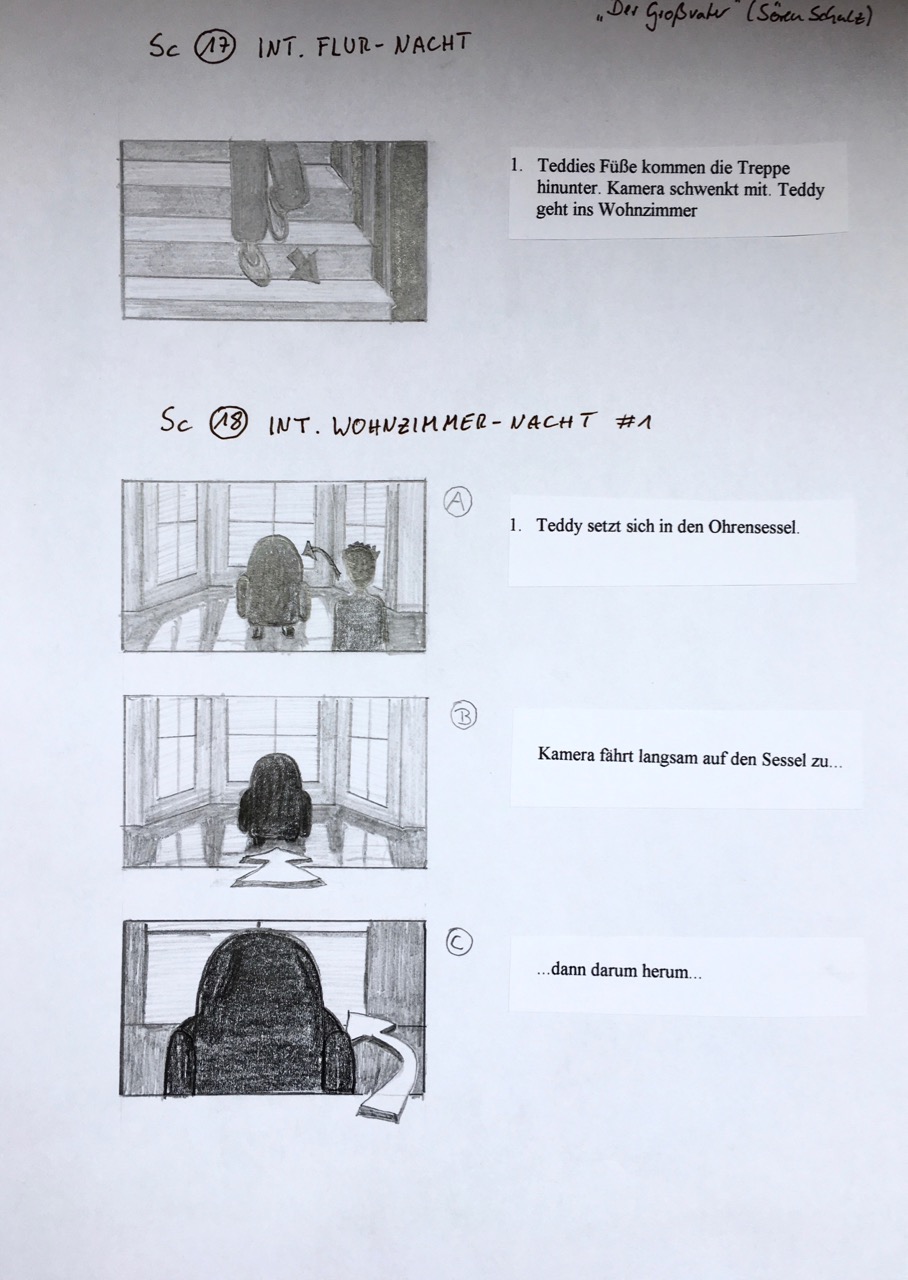